Other works in the series

My two daughters- Series on canvas

My exploration of work began with a series of four canvases, where I tried to portray my own illness, ‘Depression’ and ‘Anxiety’ which had consumed me once again while adjusting in the course.The thoughts about failure became the source of my suffering and also the embarrassment, because it forced me to go back into my cocoon instead of making new friends and exploring the new possibilities. The reason which constrained me, resulted in the exploration of a new arena, which I hadn’t dared explore before. I began to explore the depiction of mental illness in the popular media on internet, to which I had owed my initial understanding of self and also source of inspiration and foundation for later questions to come. 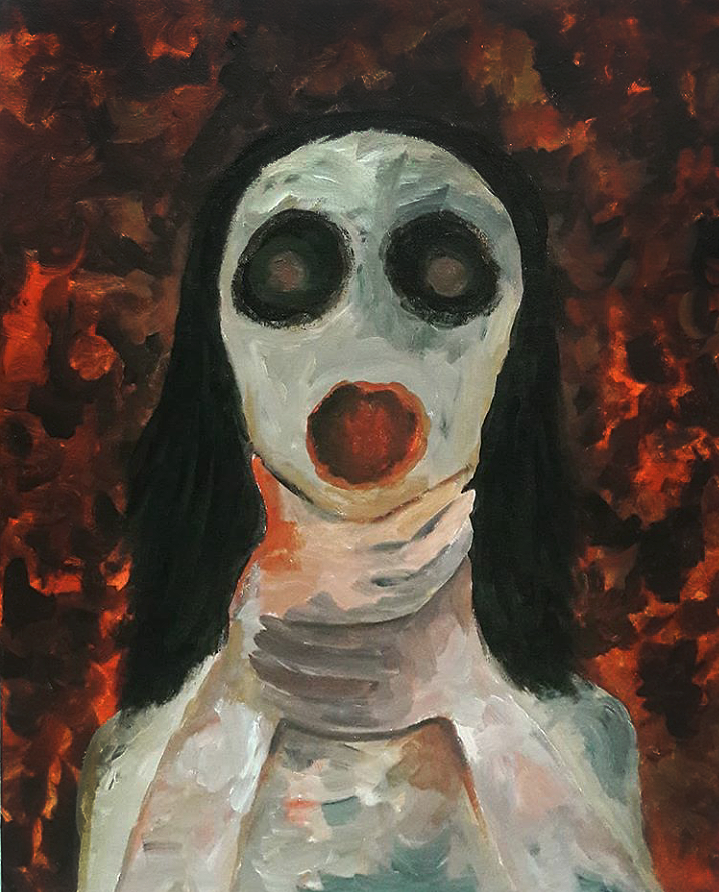 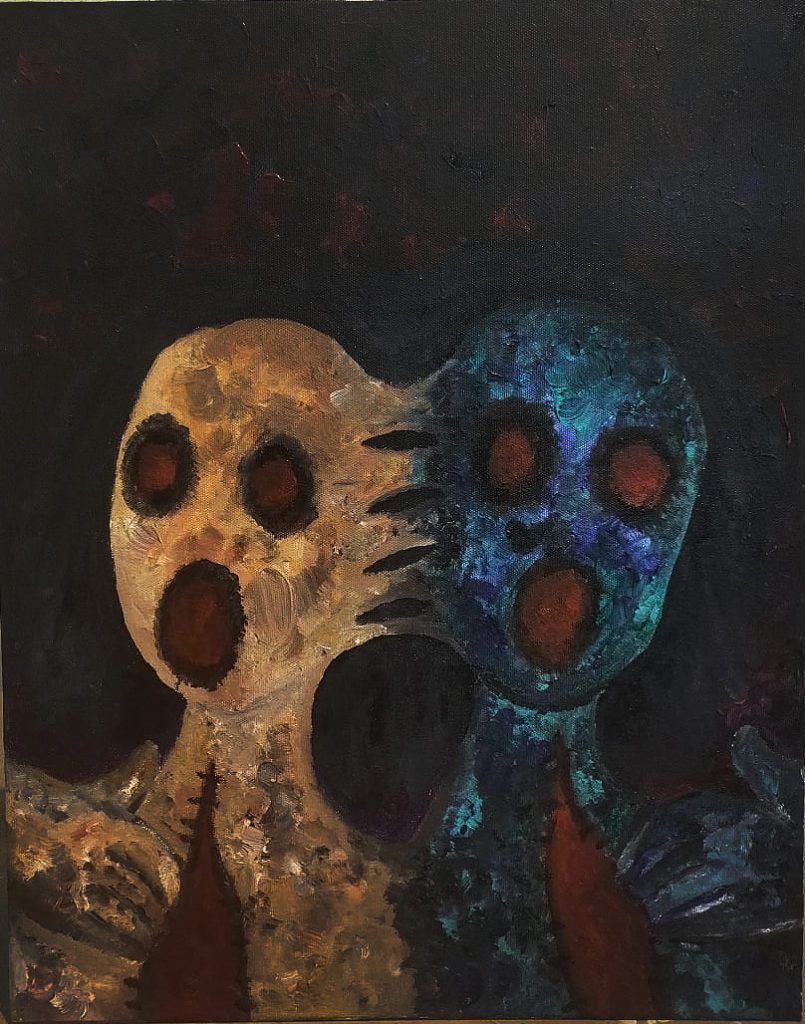 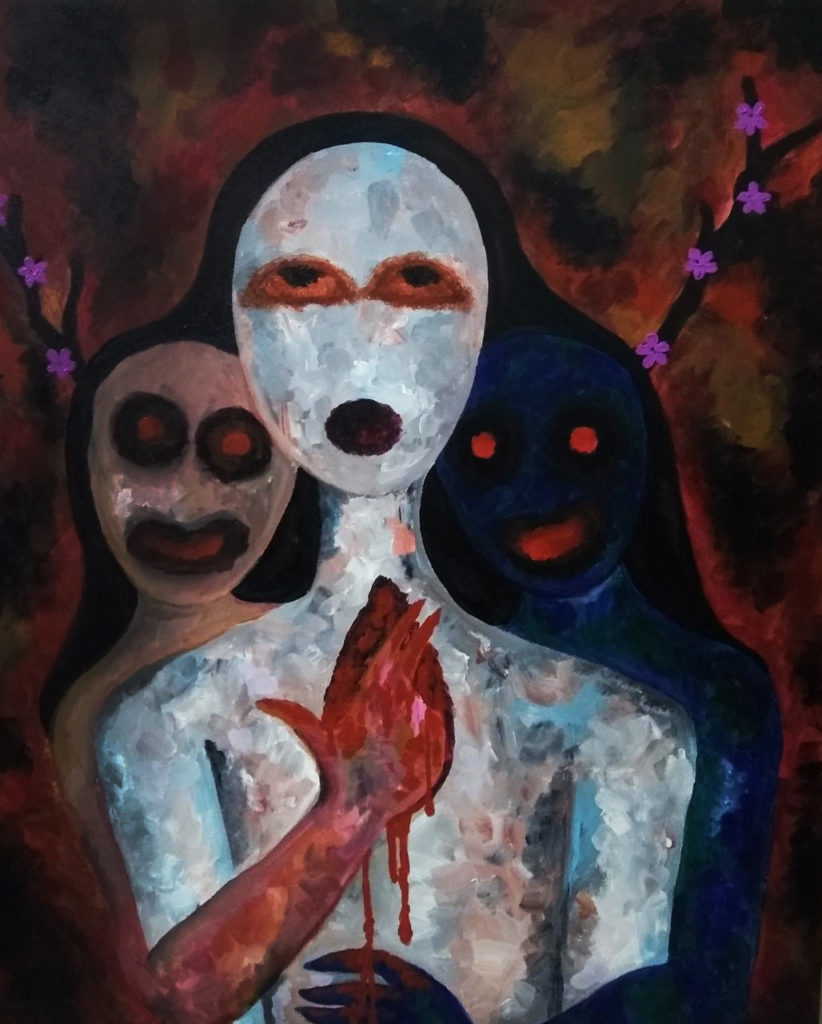 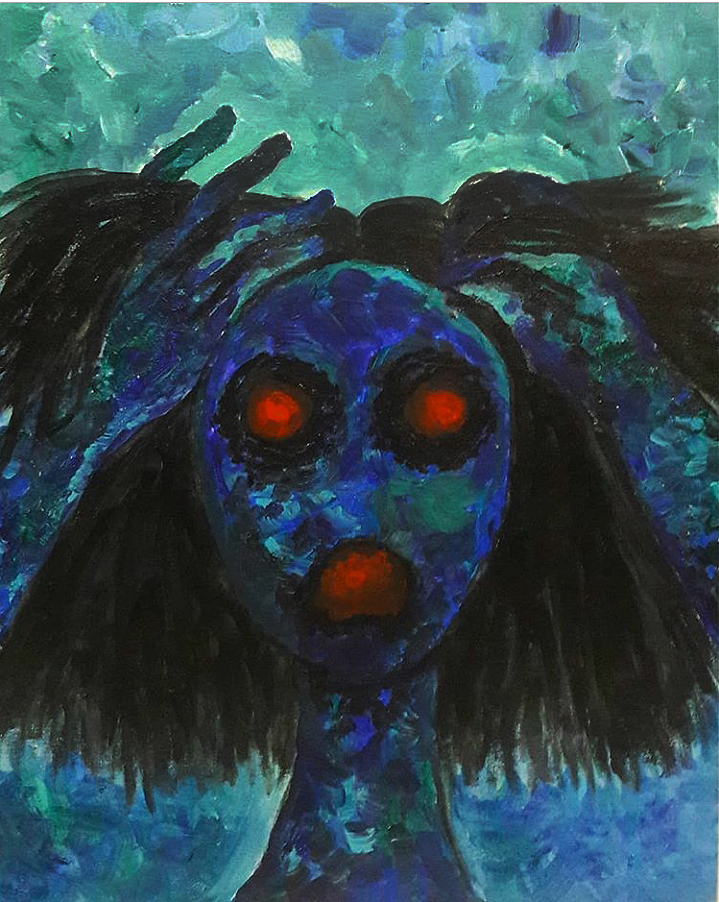 ‘The Chase’ was created, to understand how images partake in story-telling without an accompanying text. Through a series of images, it asks the viewers a simple question- how long can you run? For me it was running away from my anxieties and the constant questioning about my artistic practices. The Chase is 6 pages black and white comics, which talks about struggles and consequently running away from the problem, one has. It offers the viewer the question whether one even has the option to stand and fight back or at the moment running away is the most feasible option.

Since ‘mental health’ is not a realm exclusive to any, it is necessary to explore other vulnerable groups. The group I decided to explore, were  school-going students. Younger people are often much more ignored when it comes to mental illness,since it is assumed that they have a tension-free life and hence can’t feel  depressed or anxious. Since now the internet has been available to the younger generation from a very young age, their level of interaction with the internet culture has been massively different than that of much older users.

The ‘Life’s Good?!’ the project begins with keeping the similar idea in mind by collecting anonymous confessions from the school kids belonging to 10th and 12th standard. They were selected keeping in mind as they belong to the two of the most stressful years a student faces in India In their school life.

‘Life’s Good?!’ was an initiative to record those feelings, by transforming them into short stories that merge into each other,  in the form of zine. Through illustrations and collages made with popular images, there was an attempt to produce a kitsch imagery of the respective topic, something that could be understood by all.

The Glitch is a first person, choice based game made on processing, where the player is supposed to follow a storyline and gets to decide what way they want to carve and reach an ending depending on the choice taken. This is a small game but could be expanded as more choices and endings are added.  The game tried to connect the self to the machine which sometimes stops performing when there is a ‘glitch’ that occurs in the system.The tiredness and monotony from the everyday that arises when the body becomes a machine and an error ensues due to neglect of the self.

The game is currently also included in the current exhibition. The story has been reformed and other endings have been added.