By : Santosh S and Vidya Shivadas

As part of a course that was offered in the final semester on the curatorial,  we invited students to partake in a project titled Letters to/from Cairo, Delhi, Gwangju, Johannesburg, and Richmond, initiated by the South Africa-based educator and artist Rangoato Hlasane (Ra).

The project was aimed at initiating conversations between groups of students and young art practitioners based in different locations. It worked with the technology of letter writing—its material manifestations and modes of address, its collaborative potential, the  possibilities it opens up for intimate and conversational enquiries, and the anticipation and speculation of the waiting that is built into it.

The closure of the university in mid-March changed the course of this project. The process of working together in class, with tactile processes of making had to be rethought as did the project’s key condition which involved sending the letters by post. The question of address also changed—distance, proximity, and duration took on new meanings as did the terms friends and strangers.

The students navigated these shifts and produced the project in this virtual, provisional form – a series of interlinked, hyperlinked conversations among themselves that invite others to participate. The letters come together to produce a testament to our historical present.

‘The Letters Project’ began as a simple classroom exercise. We were asked to write a letter to our ‘future selves’. Instructions were given to think about the form of the letter and to engage creatively with it, keeping our respective visual practices in mind. Letters written by various Indian artists throughout history were also read and discussed. An initiative that was started by Rangoato ‘Ra’ Hlasane and his students in Johannesburg, we were also thinking about how we would develop the work so as to interact and connect with them through the project. Focus on collaboration and exploring creative writing in relation to art seemed to be the heart of the endeavour.

With the on-set of the virus, the concerns we wanted to address and the physical material we were thinking of working with completely changed. However, the success has been in being able to collaborate with each other and in finding new ways of expressing within the webspace. As we all now ‘worked from home’, the letters gained a new meaning. Not only were they keeping us connected to each other but also allowing us a creative outlet where we could freely voice out our collective anxieties. Multiple themes were written about and a variety of subjects were addressed. Some of us were writing to subjects as metaphoric as the Polaris, while others were creating beautifully stitched personal letters addressed to each other. Soon enough, we started finding common links to each other’s works.

Through our laptops we were still engaging with each other’s practices and feeling a sense of communion. On viewing the cluster of linked texts, the project would seem like a collection of love letters to each other. And that tender sentiment seems to carry to other addressees who vary from celestial objects to secret world of insects or the enigmas of a crack in the wall, to repetitive newness of neighbours on adjoining balconies and scenes of the exodus of migrant labourers—a dystopic picture of their desperate search to return home. The conversations do not follow a linear path of reasoning. This project is not only an evidence, but also a celebration of connections made possible through fractured experiences. 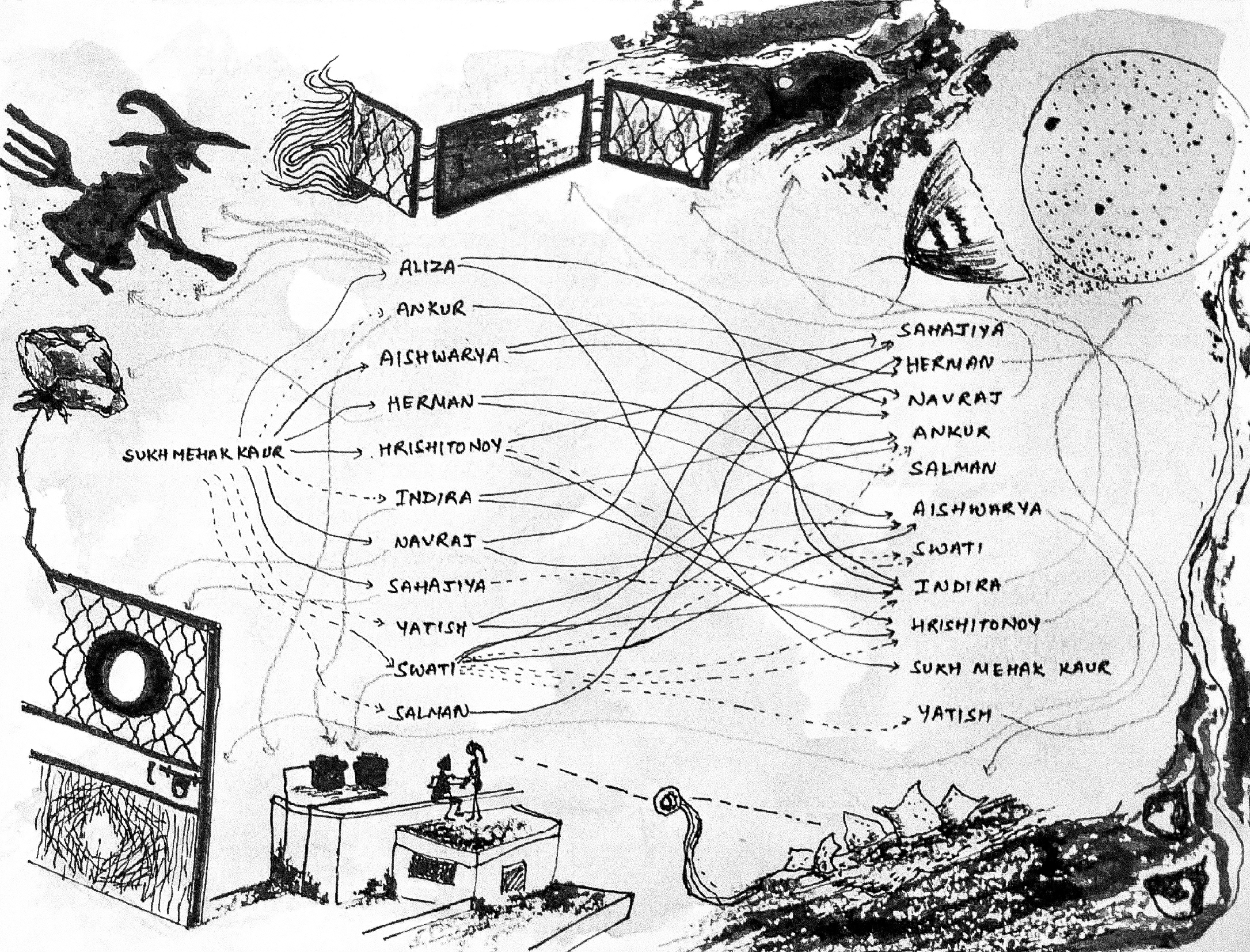