This ongoing project pinwheels around the idea of deconstructing the private worship space at Hindu households – Puja Ghar. The space could be described as an area that physically envelopes gods, deities, gurus in the form of their framed photos, calendars, idols, statues along with scriptures and artifacts which are of importance for one’s rituals, beliefs and associated practices.

The project is based on unrevealing the instrumentalities that make one puja ghar distinctive from another. The foundation of work is a result of my since adolescence years observations (and conclusions maybe!) that no two puja ghar are alike. I categorically remember the heterogeneity in the visual-aesthetical in distinguishing the puja ghar at my home from my grandmother’s and my school friend’s home.

To me, the puja ghar is a myriacanthous space that can be of numerous forms and specifics. At times it can appear to be that corner which is present but not necessarily visible. At times the puja ghar appears not only as an enclosure to hold the religious iconography but also act as a medium to embody the notions of sacred. The various elements that are rooted in geography, caste, gender, class, economy, rituals, beliefs, socio-cultural constructs, make the  puja ghar space fluid in ascertaining not only the essentials that define a puja ghar but also multi dimensionally aestheticize the place of worship. 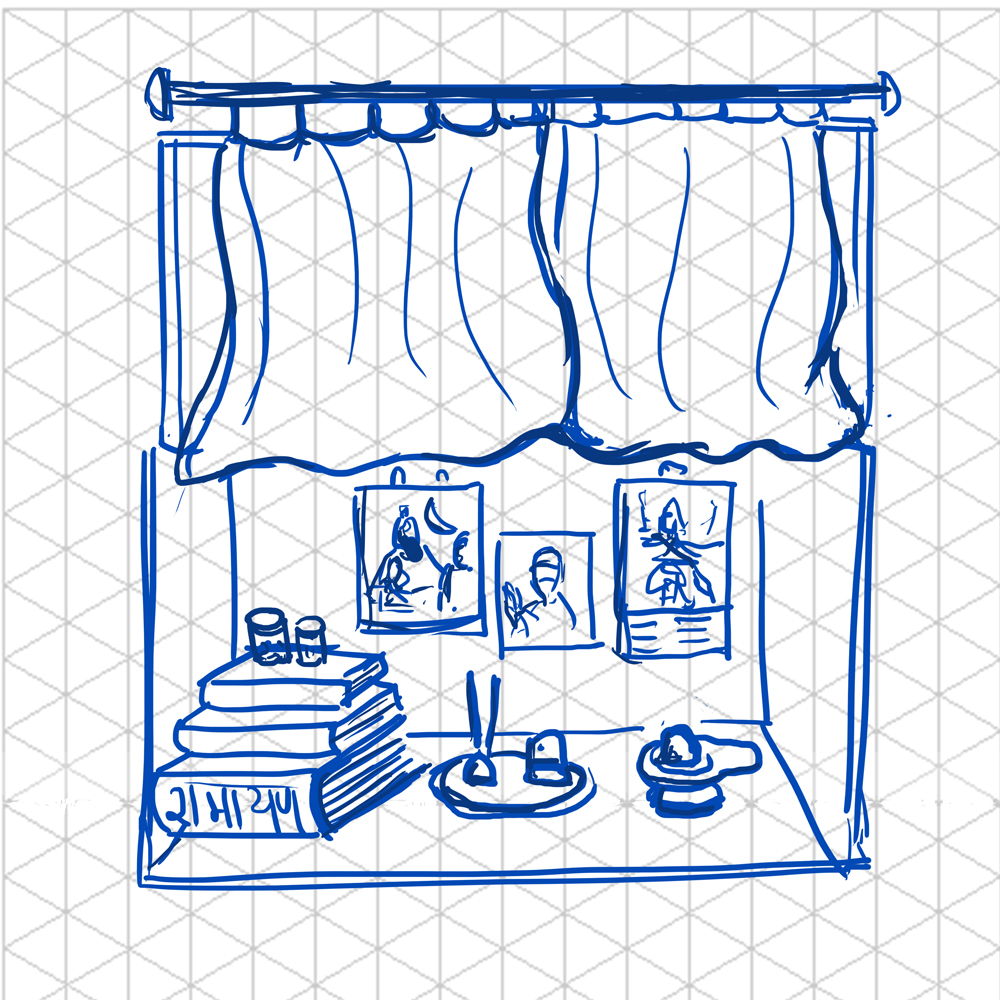