Through my artistic practice, I want to attempt and develop a new vocabulary of resistance and representation. I borrow from various elements of Western culture but the essential idea becomes to navigate and experiment with different ways in which artistic strategy can be applied at various instances to highlight and subvert a diverse range of issues; ranging from private, social and economic concerns to those regarding public, politics and ideological interactions. The mediums are interchangeable and the style is my own. It is the intent to offer critique that becomes a common factor in the work produced, majority of the times. Ideas of subculture as evoked throughout history in various regions across the world are also integral in creating an understanding of thought process involved in the artistic production. Challenging artist-audience authority is a factor I have been constantly trying to address.

Thus, public art has been attractive as a field for me and many projects in the last few semesters were related to that. Spray paints have been a recurring medium of choice. Listed below are a few projects. 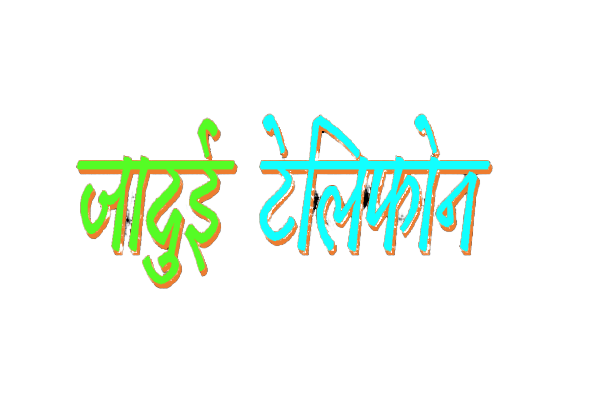 The intention was to circulate a phone number by sticking and distributing A-3 size pamphlet posters in Chandini Chowk area of New Delhi. Instructions were given: One could call and talk on the number about anything. There would be no reply from the other end. The caller could simply pour their heart out on the phone line or say and do anything they wished to. An anonymous artist would listen to them on the other end without answering and bury the conversation in the ground later on. This would make the caller feel better. Main function of the project was to serve as a semi-journalistic art experiment; to see if people displayed a keenness to call and how they would react to the idea that a ‘nameless artist’ wanted to hear their stories on a ‘magic telephone’.

It started with ideas relating to mental health, loneliness and a need to question whether individuals in society look for connection of some sort. I wanted to see if people would share experiences of pain.  Some radio channels conduct experience sharing programs. I thought I would use the idea of ‘magic’ as an artistic tool to connect to people.

Surveillance has been stated by many contemporary scholars as the new mode of repression used to control masses and maintain power. I also wanted to see how people would react if they were told beforehand that they were being heard and were to simply ‘trust’ a listener they did not know at all. Would they even dare to call?

200 printed copies of the following poster would be distributed and circulated. The phone calls would be directed to voicemail with a pre-recorded message playing before, in the voice of the magician, asking them to start talking after the beep.

Received approximately 30 phone calls in the time span of 5 days. Many were blank calls. Many callers called twice or more. Despite fairly clear instruction on voicemail, many people said “hello” and cut the call. Many didn’t cut immediately and stayed silent for a while. Many complained against not having been given any particular subject to talk about. I wrote a standard message and started sending it to callers after the calls. Some repeatedly called back. Few shared secrets. Few shared abuses. Received one phone call from a landline user who placed a blank call in the day initially and later called again in the evening in a semi-singing voice. He first said that he had a lot of grief. By the end his tone was playful as he said he wished he’d been given a topic to talk about.

Clearly, there was an impulse and curiosity for expression. However, there was a hesitance with the free space given to talk and lack of trust in the persona of the artist. The idea of a free space, with a silent listener, also makes the caller hesitant. Almost suspicious.

I wanted the portraits to have a revealing effect. Lived everyday life of people ought to have been explored before painting them. Human is simply more than the body and physical appearance. Art can make one feel things. It can show one, what cannot often be seen. I wanted to have less authority in depicting people. I wanted them to have a say. To reveal themselves. The portraits were made after long and intimate interviews held with the people, drawn at their homes. We talked about sexuality, love, the body, passion, joy and everything else. I’ve tried to draw people. And people are SO much more than just that.

While I initially wanted to paint just women, after a straight man asked me to draw him wearing a woman’s clothes, I tried looking at sexuality and intimacy in a more fluid way. Not as just personal but as an aspect that played a crucial part in shaping a person. Sexuality and intimacy seemed equally political as it was personal and it has been interesting to explore. The process, which comprised of an interview with the person, a semi-naked sketch of them (depending on how they wished to be portrayed) and then the final portrait, became more crucial than the finished artwork itself.

The Woman As Human With Creative Pinings

Live art processes were executed in different public spaces. The process consisted of the artist (me) starting the piece by painting a ‘trigger phrase’ to instigate the audience to respond and participate by painting. While painting, many conversations occurred on ideas of who can paint, politics, on the act of expression itself and so on and forth. They were also recorded and documented in audio, video and photographic formats.

‘Artist’s Unite!’ was held at Red Fort, New Delhi on 2nd and 3rd March, 2019. More than 450 artists all over the country signed a petition and get together to show solidarity against the encroachment of democracy and growing culture of hate in the country. Solidarity would be showcased via art. Access was open to all public visiting the site. In this political environment, I wanted to create a narrative of visitor/public opinion.

The open-art event was organised on a sidewalk next to a tea stall. The collective intention was to display art for free at a public space and stay present there so that interactions with the passerby could be possible. The aim was at an attempt to engage with strategies of how art could be introduced into the ‘non-gallery’ space by making it freely accessible.

I Would Really Appreciate Your Thoughts, Feelings, Opinions and/or Comments!