A Note on the Display

Through the initial project that I had planned for the final semester, I wanted to trace myself in the world. I wanted to project myself through my collected toy; a broken stuffed rabbit was the current obsession. The idea was to generate meaning making via the toy. I wanted to display two paintings; portraits of the toy which would develop in seven frames. In every frame the toy would be depicted doing a different activity. The final frame would not have any text, the others would. In the two paintings, the toy was to have different characters. Size of the paintings would be 3 feet by 4 feet. They would be made in Acrylic and Spray Paints on hard Canvas Board and displayed on the wall, next to each other.

Fig.1.1 Spray Paint on garbage with hand drawn structure to give an idea of the visual.

Other than that, I wanted to make a stop-motion playing with the same toy. Ideas of space would emerge as the piece would start with a moving drawing on a doodled sheet which would move to an outside space first and finally to the studio. In terms of practical work, I had bought material for doodling and selected the outside space; a wasteland with semi-broken walls behind a dhobi Ghat. The land was the community’s and we were in conversation about how the finished drawing would look. They allowed me to paint on the condition that I would leave the walls looking beautiful. 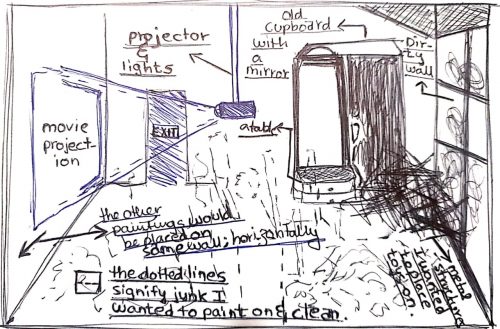 Fig.1.2 A Rough Diagram of Space and How I Wanted to Set the Display.

The studio/display space I chose was a hall that was dirty and had a lot of disposed off objects lying around. These were stored here as they were not required by the university. Broken chairs, tables, scraps of metal, a cupboard with a mirror and a big slab of wood were objects I wanted to use and possibly paint on. The walls were also dirty and there were some old art experiments of ex-students lying around; I also wanted to get permission to paint on them and had listed out which objects I wanted to paint on. The place had the perfect wasteland wonderland feel I desired. I would eventually clean it up and only leave a few objects lying around on which I would place my objects. The movie would trace the path of the figure from sketch, to wall, to studio, to live form and finally to the movie being projected on screen. This was to show a certain sense of continuity and address the space I was working and displaying in. In addition, I was to showcase two more portraits that had developed from a project I had worked on in the first semester. The portraits would be showcased on a separate wall in the studio. The movie would be projected adjacent to the toy portraits.

Then it was all interrupted.

Moving to the web-space; I figured the best option possible for me was to showcase my past complete works, ideas and research work for the one that was now, a had-to-be and find ways to link it all together. However, while before I was thinking about lights, text, projector, video and mechanical work as available tools and resources, the focus now shifted to web design.

Ideas were now revolving around font selection, Image customization, sizing and styling, page and content division and ways to make navigation and design user friendly. The site had to be simple and comprehensible, yet artistic exploration and creativity had to be showcased.

Continuation between work produced and space was an element that I also wanted to retain, thus, I wanted to think about design for the journaling project keeping that in mind. Time and resources were also a constraint, so I needed to change content and work keeping those factors in mind. Furthermore, there were completely different choices to make. I didn’t have an option to print a book anymore. I had to choose between a gallery or a slider to display the same or maybe a gallery that would have a slider. If there was a gallery, what would be the colour of the slider? How would one add a slider? How would one change its colour? Was it important to change the default colour?

Sometimes, simple problems would have complex solutions and vice versa. Little tasks would add up to constitute a big task often. If a video file was too big, I had to convert it into GIF format. If the GIF size was too big, I had to figure out how to compress it. In addition, with limited skills, I also had to keep in mind the issue of accessibility. Majority of the people would be looking at the page from their cellular phones. Keeping that in mind, while I designed the page essentially for the laptop, I tried to make sure that it didn’t look visually undermining on mobile.

In my opinion, these were all curatorial choices. The space and resources were the difference. And it definitely made an impact on how and what I chose to showcase. This display has proved to be both a challenge and a great learning experience.